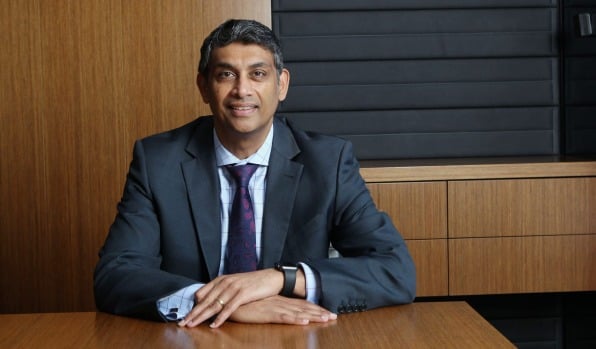 Volatile market conditions are taking their toll on portfolios, refocusing investors' minds on their asset mix. But in periods of volatility, experts say it's important not to be too reactive, but rather to go back to the original reasons why a portfolio was constructed in the way it was.

Bell Direct chief executive Arnie Selvarajah says there is no one answer with portfolio construction.

Selvarajah says once you have the objective then you need the appropriate asset allocation. "My observation is that with SMSFs, for example, diversification is poor. Their portfolios are concentrated around Aussie equities such as banks and resources and they need to think more about global equities, fixed interest – both local and international – property and cash. In other words, thinking in a broader way."

What has been interesting, he says, is that 10 years ago this type of volatility would have led to more volume selling.

"In the first two weeks of February we've had 61 per cent more buying than selling in my client base," he says. "This tells me that clients have become a lot more knowledgeable and smarter in terms of how they trade in these volatile times – they are looking for opportunities rather than fleeing."

Selvarajah says there are key differences around portfolio construction with self-directed and advised portfolios. "There is more concentration of the ASX200 with the advised portfolios, and a higher use of ETFs," he says. "I think this is something that self-directed clients could learn from. If they add ETFs into the mix they can achieve broader asset allocation."

Lonsec Research's general manager of investment consulting, Veronica Klaus, says their primary purpose when constructing portfolios is risk control. "When you are talking about periods of volatility then you need to have a strong focus on this," she says. "During volatility you have to ask how are you going to achieve the portfolio's objectives: is it by moving the asset allocation around over a shorter period of time and trying to pick the market, or is it by trying to keep the allocation where it is but introduce some of the more medium-term trends?"

Klaus says with their model portfolios, they typically focus on asset allocation. "We look at medium-term trends and try and implement them through our fund managers," she says.

"We've had a consistent theme lately that volatility is going to increase, especially downward trending volatility. So we've increased our exposure to managers who focus more on absolute return and downside protection."

Right at the start it's important to have a clear view of the objectives, Klaus says. "It becomes very dangerous when you're reacting to the market rather than sitting back and asking what you're trying to achieve over the long term," she says.

"It's easy to get caught up with 'Fund A has underperformed for 12 months so why do I have it in my portfolio'. But you have to go back to why Fund A was included and if it's still doing its job then that's fine."

Meanwhile, head of iShares Australia Jon Howie says he typically gets asked about constructing income portfolios. He says there are a number of considerations here.

"The first concerns the yield that is to be achieved on the asset and the overall portfolio," he says. "You need to think about how much is going to be earned, is it tax effective, and will the yield be consistent into the future."

The second point, he says, largely relates to the goal of ensuring investors are protected against inflation. "If the asset doesn't grow over time then inflation can have a damaging impact on the portfolio," he says.

"So you need some exposure to growth assets, which generally means equities. Then you need to consider the risks being taken to achieve what you want to achieve. What compromises are being taken around yield and risk?"

Howie says one area that needs more attention is exposure to fixed income or low risk defensive assets. "There are simple ways to incorporate truly defensive assets into portfolios and we are starting to see it but I don't think it's happening fast enough," he says.

Meanwhile, Jonathan Philpot, a partner with HLB Mann Judd says it's very important not to get too caught up in the movements of the market.

"Anyone invested in shares needs to understand that the average movement of shares over a year is 15 per cent," he says.

"It's just what shares do – they move up and down quite a bit – and you can't get too caught up in trying to time when to buy or sell. A good quality portfolio that is well diversified should see you though the good and bad times."

The article was written by Gayle Bryant and first published on the AFR: www.afr.com