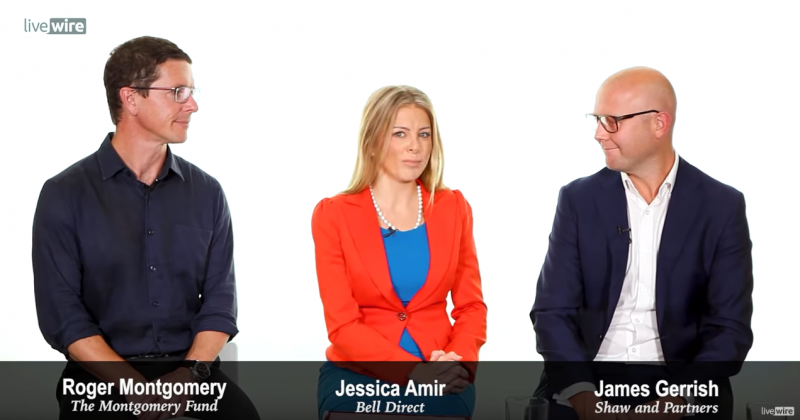 With much of the ASX top 20 lacking exposure to booming sectors like technology and China-linked consumer goods, investors are increasingly searching elsewhere for companies exposed to high growth and offshore markets.

Enter the ASX ex-20 (or mid-caps): a part of the market the experts reckon offers the sweet spot for earnings, diversification, financial strength and value. While mid-caps have delivered overall earnings per share growth of +5% over the past five years, compared to +1.2% for the S&P/ASX 200, investors need to be selective and watch for the duds.

In this Buy Hold Sell episode hosted by Jessica Amir, we’ve invited Roger Montgomery of Montgomery Investment Management and James Gerrish of Shaw and Partners to opine on whether punters are making a mistake with 3 of the most traded mid-caps (based on Bell Direct trading data) among retail investors and to serve up their 2 best growth ideas in this area.

Note: You can access the video, podcast or edited transcript for this Buy Hold Sell episode below. This episode was filmed on 12 February 2020.

Jessica Amir: Welcome to Buy, Hold, Sell brought to you by Livewire markets. Today it's Valentine's day, so we're talking about stocks that these guys love the most plus covering some of the most traded ex top 20 stocks. My name is Jessica Amir from Bell Direct with Roger Montgomery from Montgomery Investment Management and James Gerrish from Shaw and Partners. Without Valentine's day, you can't have a tipple. Treasury Wine Estates, let's start with you. Buy, hold or sell?

Roger Montgomery (Sell): For us, it's a sell at the moment and there's a couple of reasons for that. Coronavirus obviously has a big impact on banqueting in China, but that's only a short term issue. The bigger issues for this company is number one agricultural exposure and a very long inventory and production cycle. What that means is they pay for their grapes upfront. In the current vintage, that's 60% of their cost of goods sold and they don't get paid for that for potentially one to three years. So that's one issue.

The other issue that we think the company suffers from is channel stuffing in China. We think it's pretty obscure, the channels over there. There's a lot of different levels and they incentivize the sale of the Penfold bin labels by selling cheaper brands. In 2014, trade stopped, importing stopped very, very suddenly because the channel was just too full with cheaper wines. That could happen at any time without clarity and visibility into those channels. So for us it's a sell.

Jessica Amir: Treasury Wine Estates has taken a bit of a hit of late on the back of some customer concerns and U.S. customers. Buy, hold or sell?

James Gerrish (Sell): Yeah, it's been hit. It's a sell for us. I agree with Roger. In terms of the demand for some of their products, I think the segments they operate in have been soft. Margins are under pressure in terms of that area of the market. So price is lower. Also, inputs higher. So grapes in Australia, the cost of grapes are going higher as well. So look, it may bounce. It's $11.50, it's been sold off pretty hard, but I think it's an overall sell Jess.

Jessica Amir: So Oz Lottery and Powerball company, Jumbo Interactive, a market darling. What do you think? Buy, hold, or sell?

Roger Montgomery (Hold): We think it's a hold and a couple of reasons. I think there's a pricing issue in this business. Their product is actually more expensive than the alternatives. We also think that they're losing share to The Lot, which is owned by Tab Corp, and that's coming out in recent data.

And we also believe that jackpots, which is what ultimately their performance is dependent on, is highly unpredictable. So if you don't get a large run or a big run of jackpots, then their business is going to be impacted. So there are some short term issues from the jackpots and there are some longer term issues thinking about pricing and market share. So for us it's a hold because it's cheap. If it was expensive, it'd be a sell.

Jessica Amir: All right, so Jumbo Interactive had a massive run last year, up over a hundred percent. Buy, hold, or sell?

James Gerrish (Hold): Yeah, it's a hold for me Jess. It's come back with a thud. It's down around, it's 50% of where it was trading at 12 months ago. There are a couple of issues facing this business at the moment. As Roger pointed out, they've had to invest for longer term growth because of that hit in terms of pricing and flow into their platforms. They've taken the opportunity to do that. That's hurt short term growth for longer term benefits. So look, it's a hold, but with a potential buy, but waiting for a catalyst. That catalyst hasn't come along yet.

Jessica Amir: All right. Changing pace again, a milk company also protein, the A2 Milk Company. What do you reckon Roger? Buy, hold or sell?

Roger Montgomery (Hold): Yeah, look 85% ... a very significant percentage of their businesses in China. I don't think parents are going to be changing the way they feed their children as a result of Coronavirus. If anything, I think the status of Australian products goes up in this kind of scenario, but it is expensive at the moment. So if the growth doesn't come through, if there's any interruption to their distribution, then that could hit the price. So for us it's a hold.

Jessica Amir: Bit of concern definitely flagged because of Corona. What do you reckon, A2, buy, hold or sell?

James Gerrish (Buy): Yeah, I think it's a buy here. I think if anything as Roger made mention of, it will improve the appeal of Australian products over in China. They've turned focus in this business to be more on margins, so they've started to expand margins. I think there's a real upside potential in this upcoming half-year result. They're exposed to two growing markets. I know China is their biggest one. That is a growing market. The U.S. is also growing for them, so I think it's a buy and I think it's actually priced reasonably for the growth outlook that this companies got.

Jessica Amir: All right. And we asked the gents to bring in an ex top 20 stock that they're loving. Of course as it's Valentine's day, Roger, what are you loving?

Roger Montgomery (Buy): Avita Medical. Avita produces a product called recell, which is a superior alternative to skin grafting for burns victims. We've just commissioned a survey of U.S. reconstructive and burn surgeons. And what we found was 96% of those who had used the recell product in the last 12 months planned on continuing to doing so. And more importantly, 75% of those surveyed actually said that they'd be interested in using that product in another setting, for example, paediatric and trauma.

So we already think the price is reflecting some of the growth that's being anticipated, but we think there's a lot more growth to come because the market is expanding as well as penetration within the existing market. So if it was cheaper, I'd be putting it on a strong buy. But for us it's a buy.

Jessica Amir: And speaking about penetration, they definitely penetrated the ASX last year and for the decade, a market darling. James, what have you got for us?

James Gerrish (Buy): I've got something a little bit more downbeat in waste management. Bingo is my stock, BIN, can be bought around these levels. I think waste management and recycling is a really interesting part of the Australian landscape at the moment. Bingo came to market, they've been aggressive in expanding their business. They made an acquisition for Dial A Dump Industries sometime ago. That's now been bedded down. They've got a couple of key interesting drivers that could really underpin their earnings growth in FY20 that probably isn't been factored in by the market at this stage. So Bingo is a buy for me Jess.

Jessica Amir: Wonderful. And they're you have it. Plenty of stocks to get acquainted and fall in love with.

This article was first published on Livewire Markets.