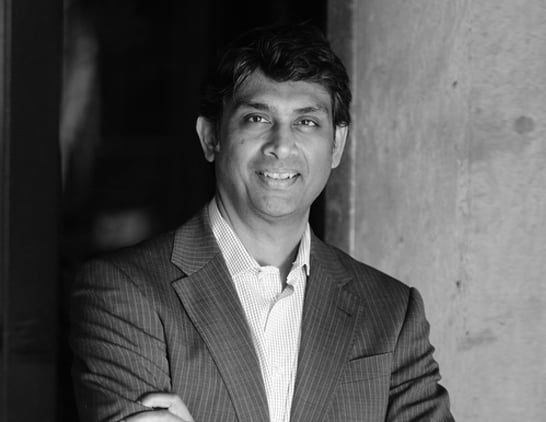 Investment newsletters remain a popular way for SMSFs and retail investors to trade. But do they deliver results? Bell Direct CEO Arnie Selvarajah weighs the field.

Investors find themselves awash with financial information. It flows from an array of sources – the ASX, companies, journalists, brokers and colleagues – imploring investors to buy or sell a dizzying array of securities, from blue-chips to small-caps and everything in-between.

While many investors turn to financial planners and fund managers to make sense of it all, the surging growth of self-managed super funds shows that even more prefer to do it themselves.

And by their side is often a humble investment newsletter.

These scribes – and there’s no shortage to choose from – promise to guide investors through the financial maze. But which ones add value? And, how can an investor cope when inundated with hundreds of stock picks a year, often from the same newsletter?

Outperforming the market has never been harder. An incredible 90 per cent of the world’s data has been produced in the last two years according to IBM. It is a major driver behind the ‘paradox of skill’: absolute investor skill has risen but relative skill has fallen.

Before 1990, 14 per cent of US equity mutual funds delivered true alpha (or outperformance), according to University of Maryland research. By 2006, the outperformers had dwindled to just 0.6 per cent, even as the total number of mutual funds had increased.

Meanwhile, in Australia, the majority of active managers in all categories (barring small-caps) failed to beat their comparable benchmark indices over the three and five-year periods ended 2014, according to the SPIVA Australia Scorecard.

In this environment, expecting a hot stock tip to lead to riches is an unrealistic expectation – and yet this is how many investors still use investment newsletters.

The upside down funnel

Too many investors begin with stock recommendations and only then begin the research process by evaluating a security’s underlying fundamentals.

Instead, investors should take a step back and first define their personal investment goals and beliefs.

It need not be a complex exercise. The starting point to finding out who you are as an investor can often mean defining who you’re not.

For example, most SMSF trustees have a long-term investment horizon, want to generate income, and don’t want to risk heavy capital losses. This type of investor should be wary of investment newsletters which have a track record of returns built on recommending volatile or speculative stocks.

Knowing who you are still ultimately rests on a deep knowledge of the fundamentals. At its core, stock picking advice begins with an analysis of a company’s financial data. Analysts run those numbers and, in combination with their own qualitative view, rate a stock a ‘buy’, ‘sell’ or ‘hold’.

Most investors don’t pay enough attention to those numbers. For example, a value oriented investor should specifically analyze factors such as where the price-earnings ratio, or price-book ratio, ranks relative to the company’s sector and the broader market.

However, a growth oriented investor should be less focused on valuation factors and more focused on the company’s (realistic) earnings and dividend growth potential, which is partially captured in the PEG ratio, as well as factors such as return on equity.

Those examples are purposefully simplified – each investor’s exact criteria can only be defined through careful study and personal experience. Without that, an investor will be doomed to automatically act on recommendations which will inevitably lead to poor outcomes because they don’t truly understand the basis on which they were made.

There is another benefit to knowing your own investment style – a far broader array of securities can now be filtered across the entire market. It immediately rules out unsuitable recommendations or the latest hot stock grabbing media headlines. ‘Decision fatigue’ is also reduced when an investor no longer has to weigh up dozens of stock recommendations and opinions.

The funnel is now the right way up.

From here, an investor can start to fine-tune the flow of information to maximize the value they receive from investment newsletters.

It can be a mistake to subscribe to several newsletters offering conflicting trading advice. A better strategy is to use one stock-picking newsletter (aligned with an investor’s own investment beliefs) and supplement that with investment newsletters offering a different intent. Cuffelinks, for example, promotes discussion around market dynamics and various investment strategies, while some others are centered on the expertise and personality of one individual. For example, the Switzer Report’s Peter Switzer (generally bullish) or the Eureka Report’s Alan Kohler or John Abernethy (generally bearish). Which type of investor are you?

Similarly, some sources have particular areas of expertise, whether it be specific stock sectors or just a broad economic perspective. Bell Potter’s TS Lim is a highly respected bank analyst and his advice is well-followed – but investors don’t turn to him when they’re assessing resource stocks.

This type of deep quantitative analysis on a sector-by-sector basis is usually more revealing than qualitative analysis, just as original sources of information tend to have more value than aggregators (which often impart their own spin and leave out the original data).

Finally, judge an investment newsletter on its success. No-one can outperform all the time – but over the long-term, skill always shines through. Investors can also take some comfort when experts, such as Geoff Wilson, also back their recommendations with their own money because they’re on the same ride too.

There may be no shortcuts to investment success but using market information in the right way is a great start.

This article was first published to Cuffelinks.com.au