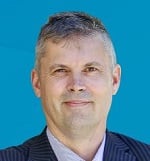 The surge in valuations means medical marijuana stocks have gone from a standing start just over 24 months ago, to being valued between $27m and $190m, with the whole sector valuation approaching $1bn despite the lack of a revenue track record. Under the Radar Report’s senior analyst Tim Boreham asks the obvious question, is this sustainable?

So far this year ASX listed medical marijuana stocks have been feverishly raising capital to take advantage of the huge (yes huge) hype in the sector and to correct their dangerously low cash balances. In the past couple of months MGC Pharmaceuticals (MXC), Creso Pharma (CPH) and Zelda Therapeutics (ZLD) and Botanix Pharmaceuticals (BOT) have raised close to $40m. It’s all happening.

We published the Special Report on Medical Marijuana in early April, but it’s worth pointing out that since then a pull back in the value of the existing ASX cannabis play has failed to discourage a crop of new entrants from seeking to list.

The Hydroponics Company, which will trade under the ticker THC, was due to list on April 20 after a strong response to its minimum $5m raising at 20c a piece. THC also happens to be the acronym for the active cannabis ingredient, tetrahydrocannabinol.

Describing itself as a “leading diversified worldwide cannabis business”, THC’s focus is on manufacturing and distributing hydroponic equipment and nutrients, as well as developing and delivering medical cannabis. The listing has been delayed for unspecified reasons.

Backed by former Nufarm chief Doug Rathbone, Cann Group is raising $13.5m ahead of a planned listing next month. Following regulatory reforms, the group was issued with the first federal licence to legally cultivate cannabis for medicinal use and research. Cann Group is also backed by Canada’s Aurora Cannabis, which contributed half the amount raised.  Meanwhile, the established “pot” stocks have retreated from their recent highs, but remain 150% to 345% above their listing price.

WHAT THE FUSS IS ABOUT

With or without its active ingredient THC, cannabis is broadly accepted in medical circles as not just a pain palliative, but also a treatment for maladies including epilepsy, acne, anxiety, unwanted weight loss, rheumatoid arthritis and insomnia.

The cannabinoids, of which there are hundreds, provide the goodness without the high. Animals don’t miss out either, with at least one company (Creso) targeting hemp-based products for both humans and pets.

According to Zelda executive director Dr Stewart Washer, the hard part will be to convince doctors to prescribe cannabis products alongside established medicines. He says most of the companies are targeting purposes that only require low THC cannabis, such as for cosmetics. But pain relief requires THC and that’s where more clinical work is needed.

Under the Radar believes there is a strong argument for investors holding off until the sector settles down and develops a track record. In other words, Just Say No. Insofar as we believe that there will be companies that survive any cannabis crash, it’s worth putting a few on your watch list.

Given the prevalence of claim and counter-claim as to which company has the winning strategy, we highlight the three companies below that we believe have the biggest potential.

The company appears well placed with its focus on skin conditions and a breakthrough acne treatment would be a hit with millions of teenagers. The short-term value driver is news of clinical trials of its synthetic cannabidoil BTX1503 later this year. Botanix says while acne is a US$4.5bn market, there has been no new treatment for at least two decades. The key to Botanix’s success is its compliance with the regulatory processes, which will allow any products to be marketed as prescription products and reimbursed through public or private health insurers.

The group has raised just over $5m of its planed $7.4m capital raising, which should give it enough cash for four years. It never lasts too long at a current burn rate of over $500,000 a quarter. We think it has a future because of its focussed approach to skin care, but this week’s raising certainly won’t be the last.

Given Creso has a range of approved food additives for animal and human use; the focus is on the pending launch of these products. Without being specific, management says revenues are not too far off but it’s hard to know whether they will be big enough to get excited about.

It’s got enough cash for just under two years, but revenues are around the corner, unlike the others. The big advantage with Creso is its two pronged strategy targeting humans and animals.

Zelda has a busy slate of pre-clinical testing on the use of cannabis formulations for children’s brain cancer, pancreatic cancer and the “anti cancer effect” of THC rich formulations on breast cancer. It is identifying sites for sleep disorder trials “in discussion with clinical research organisations”. Once again, it is too early to know what Zelda’s winning strategy will be but the company can’t be accused of leaving stones unturned. Look out for further ‘proof of concept’ stage work on breast cancer. This company has a lot of cash, relatively speaking, but it is the highest risk because it’s in such early stage research. A breakeven point could literally be decades away.