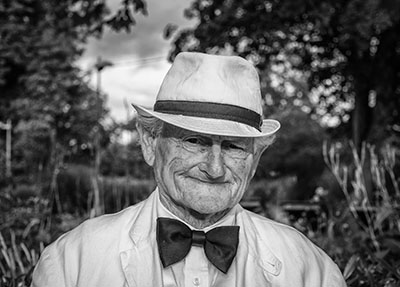 A fear worse than death

Allianz found that 61% of people feared running out of money in retirement; in fact, more people feared running out of money than they feared death. Just think about how serious that is. Furthermore, 31% were not clear on what their expenses were likely to be in retirement, and 36% were not sure if their income would last. This uncertainty, while sobering, represents a huge opportunity for the financial advice industry. People clearly need a plan, guidance, and advice to navigate their way to a happy and fulfilling retirement.

A Milliman study found more than half of Australians restrict their spending through retirement, and many, possibly up to a third, live as if they are in poverty. This is not what successful retirement looks like. Milliman made some suggestions as to why retirees were restricting their spending to such an extent. They were:

Self-protecting against longevity risk
Wanting to leave a bequest
A conservative demographic that had lived through multiple recessions
A function of the immaturity of the retirement phase of the superannuation system, or
As an industry, we may have actually overestimated the cost of living during the middle period of retirement.

All are plausible. Reinforcing Milliman’s final point, Morningstar research has found that indeed retirees tend to spend less than previously thought. In fact, Morningstar’s head of retirement research, David Blanchett, has contributed to this part of the discussion via his piece “Exploring the Retirement Consumption Puzzle” published in 2014 in the Journal of Financial Planning.

What is the retirement consumption puzzle he refers to? His research found that in the U.S. retirees are spending less than the models predicted. Traditional consumption models are potentially too simplistic; they assume straight-line expenditure in retirement. As a result, pre-retirees may not need to accumulate as large a nest egg as initially thought. Whilst every individual journey is different, Blanchett’s research found that in retirement spending declines over time, but not forever.

After a period of declining expenditure, spending begins to increase again as the retiree ages, largely due to increased medical expenses. Blanchett suggests following his ’retirement smile’ pattern (the visual of graphing how spending falls and then rises again—it looks a bit like a smile) which would enable retirees to start their retirement with almost 15% less accumulated wealth. Current consumption assumptions may result in oversaving for retirement.

The retirement smile (or at least the lack of straight-line spending in the real world) is something financial advisers have no doubt seen and can attest to already. It is important to get the saving/income/consumption equation right as it affects both when you retire and your quality of life in retirement. People could be anchoring their spending expectations around a higher figure, and this could be causing people to live more frugally than they need to.

Living longer is great but it means we need to fund our retirement for longer. Defined benefits are almost a relic of the past as most of us are now responsible for choosing our own path to retirement. Inevitably, that will mean at some point in time we will need to navigate our way through market volatility.

Herein lies the challenge, as we can seriously harm our investment portfolio by making rash decisions.  For example, the strong preference to avoid losses can cause us to behave in predictably irrational ways. These ‘cognitive biases’ can cause us to make sub-optimal investment decisions that can have lasting ill effects.

Episodes of market volatility can be particularly dangerous to investors. History shows individuals tend to sell when markets are falling and buy when markets are rising. Buying high and selling low—and repeating the process—erodes wealth. It is classic loss-aversion behaviour and one of the reasons people fail to capture market returns.

This was reinforced by an annuity salesman who once said: “People think they will live forever until they buy an annuity, and then they think they might die tomorrow.” This is also a classic loss aversion behavioural response.

What can people do to ensure they have enough?

A good start is to seek advice. A good financial adviser can provide clarity around the saving-income-consumption equation and help answer important questions such as: Are my goals achievable? Am I on track? Will I have enough? How long will it take me to reach my goals? When can I retire?

As humans we make both rational and emotional decisions, and financial advisers can help coach clients through periods of volatility before they make a decision they may regret. The average investor that works with a financial adviser can be significantly better off than those who go it alone. In the U.S., Morningstar has attempted to quantify the value financial advice brings in a white paper, Alpha, Beta and now…Gamma, and states that the value could be as much as 29% more income in retirement.

Each person’s journey is unique, and it was Benjamin Graham who said:

“Investing isn’t about beating others at their game. It’s about controlling yourself at your own game.”

With the right guidance, retirees who are restricting their spending might discover they have enough and perhaps they can live a retirement free of the burden of financial worry. Now that would be a successful retirement outcome.